You are here: Home1 / References2 / Kiosk Kouter in Ghent 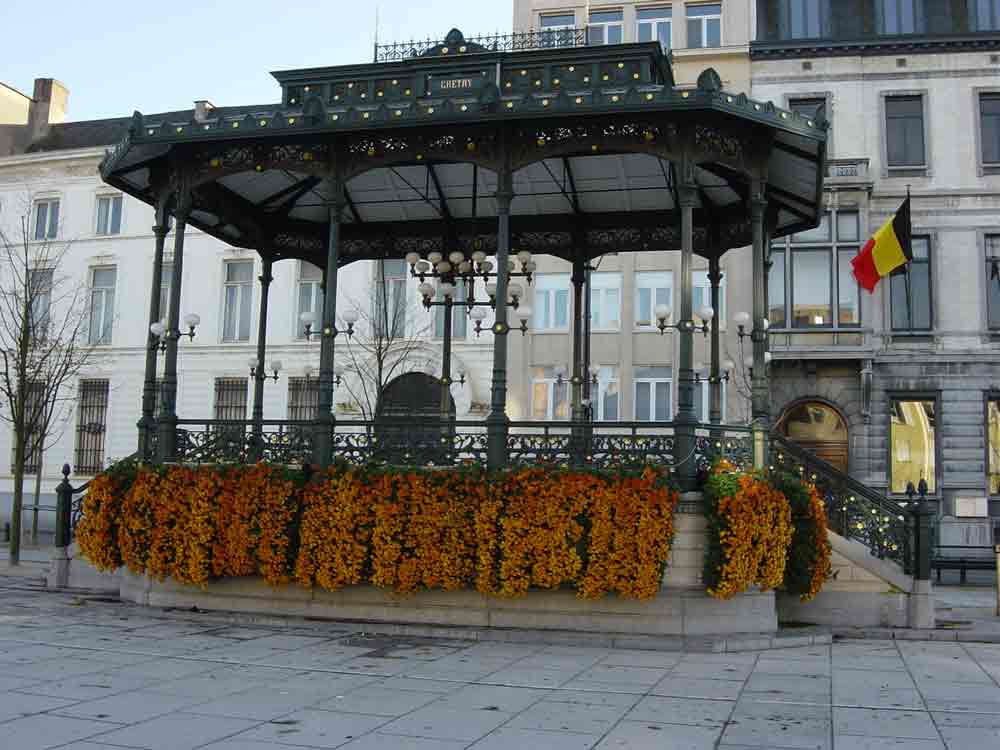 The Kouter is a square in the center of the Flemish city of Ghent. Older names for this square are “Paardenmarkt”, and “Place d’Armes”. The square was traditionally used not only for all kinds of celebrations, but also for people’s congresses in the city. Since 1772, a flower market is held on Sundays. During the Ghent Festival is the location of the “Ball 1900”.

The Kouter  is surrounded by stately, mostly nineteenth-century buildings, including the Trade Stock Exchange.

In the square there is a late 19th-century cast-iron kiosk, built to a design by the Ghent architect Adolphe Pauli in 1878.  On Sunday, the kiosk served as a stage for concerts for the middle class and on Wednesday common people could also attend. In the 19th century there were six music kiosks in the center of Ghent, now there’s only two left.

In 1998 the kiosk was refurbished by the company IBT from Oosterzele. The entire structure was coated with a primer coat of ZINGA followed by a topcoat. 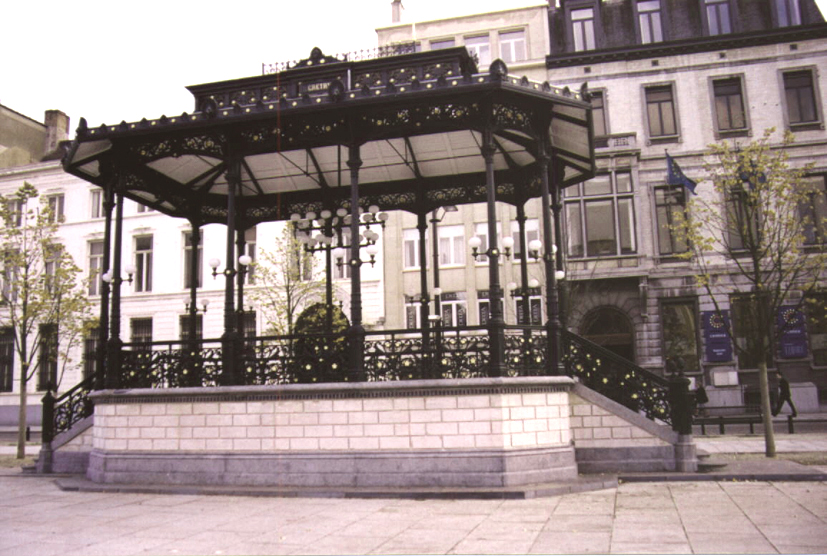 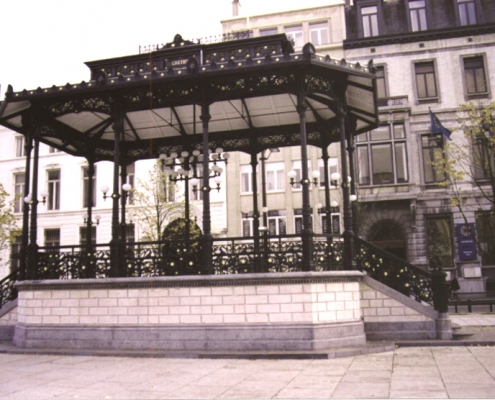 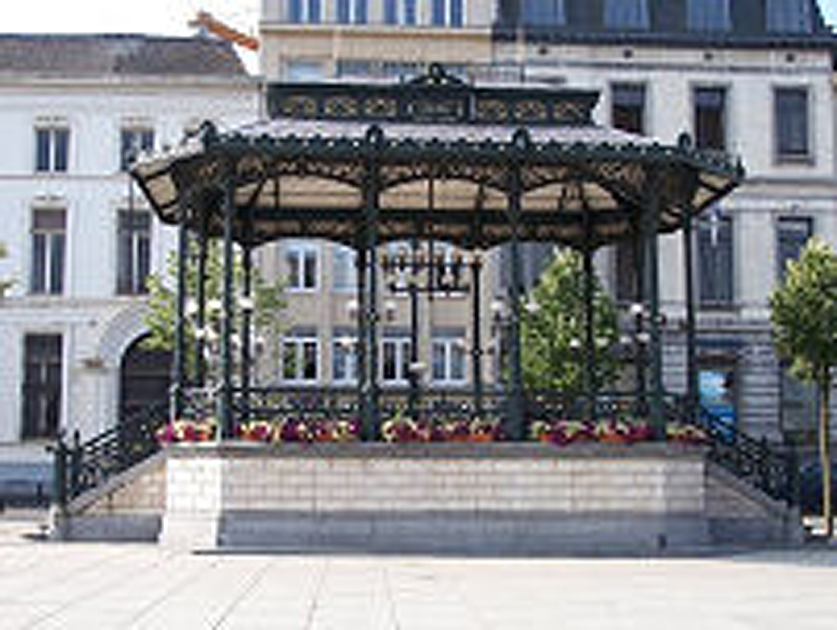 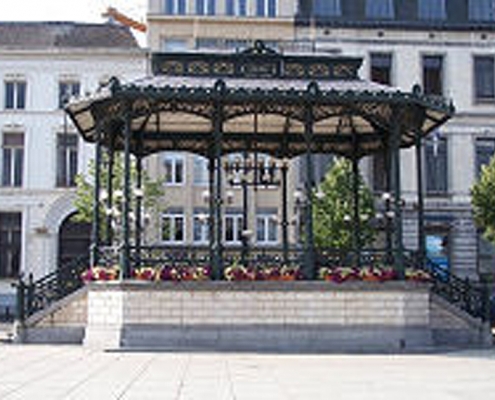 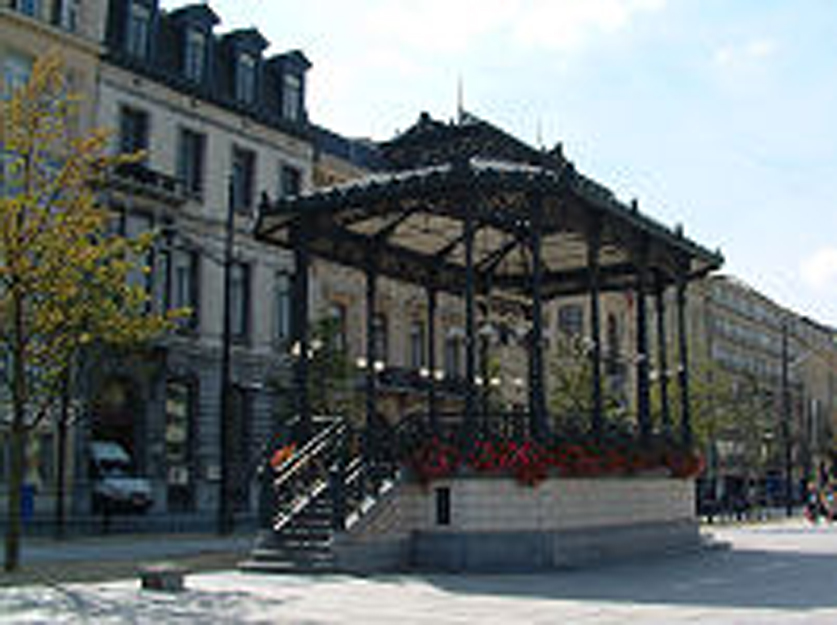 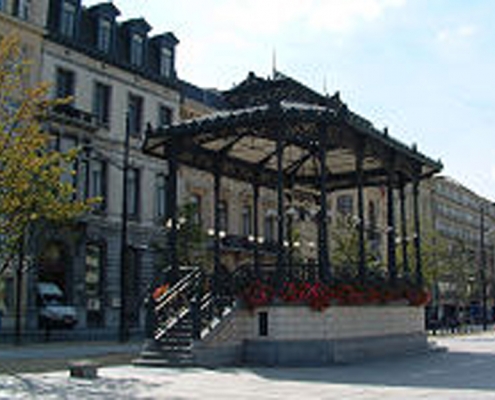 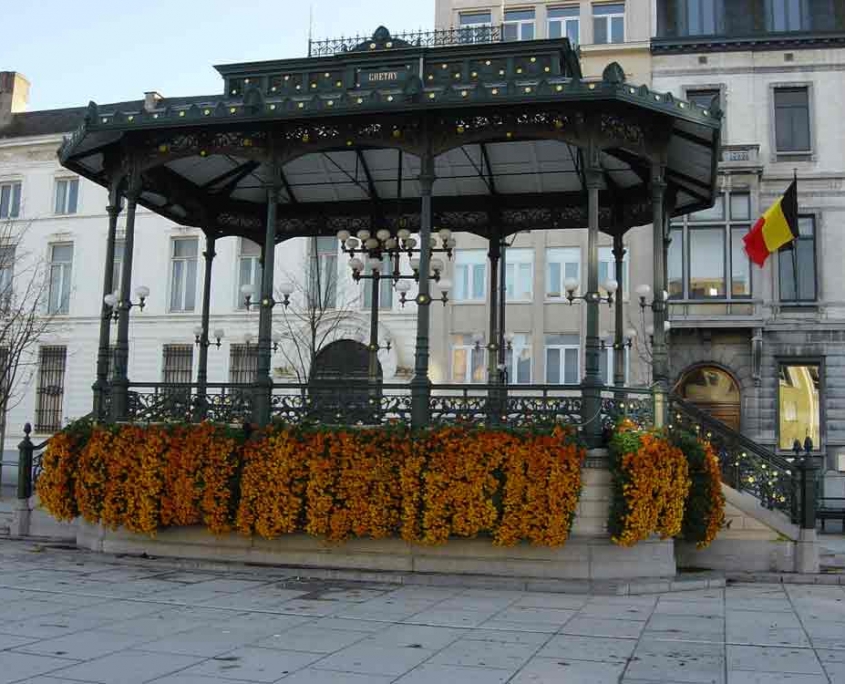 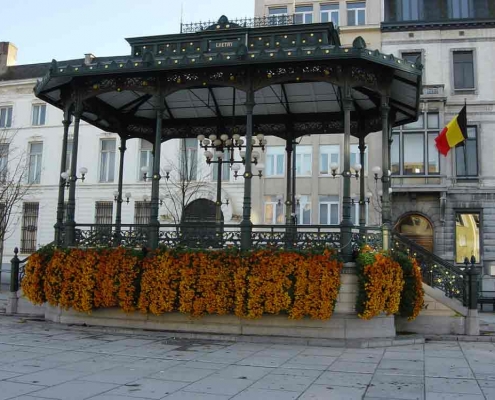 Frederic Geurts “Between Tables and a Shelter”